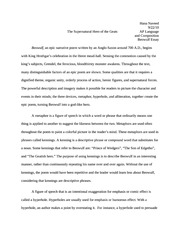 In their search for Hana Brady, the children build both an understanding of her story and of the larger story within which Hana and her family were swept up. We want children to know about the Holocaust because we want them to grow up to be the kind of people who would reject any hint of such a thing happening again.

How do we do this? The horrors in every Holocaust fact are certainly enough to shock any young or old person but does shock turn into caring? When children make an emotional connection to a story, and especially a person, they can begin to truly care about outcomes and responsibilities and justice and peace-making. It is only people who care who can take action to stop holocausts. I think children side very easily with fairness and with peace.

I would like to think it is in the nature of children to do so. As I read certain passages I pictured them on stage and knew I could use all the tools theatre has to offer: sets, costumes, music, slides, masks, even silence. A well-timed pause can speak volumes and tell us more about a character or situation than any amount of dialogue. How far into the darkness of the Holocaust do you go, knowing young children will be watching the play? How do you condense layered lives into ninety minutes on stage?

How much of the book do you preserve, and what gets left behind? Process is as important as production when creating a play, especially an adaptation. A world of its own emerges, a world with its own rules and rituals: the past and present are braided but never blend. The play is punctuated with references to nameless Figures, ghost-like characters dressed in colourless clothing and masks that reveal no emotions.

The Figures are anonymous and have been stripped of details to reflect the casualties of war: victims are denied their identity as perpetrators lose their humanity. And so a play about the Holocaust ends on a positive note: the last image of the play is of a Japanese girl pretending she is a Jew in Czechoslovakia. The world of the play is rooted in a time when a scalding hatred flourished.

Chasms lined with prejudice and ignorance still divide and diminish us. I had a chance to hear the original documentary by Karen Levine that was broadcast on the CBC radio a few years ago. I was captivated by the persistent energy of the Japanese children who wanted to learn the story of a little girl, one of many children who tragically perished in the Holocaust during WWII.

Karen Levine subsequently wrote a book based on her original radio documentary.

When I was approached by YPT to design the set and costumes for the play based on the book, I felt a sense of tremendous responsibility to be trusted as a designer, and a member of the creative team, to give the narrative a new life on stage. The most important part of this story is the connection of the children in contemporary Japan to a small girl who died a tragic death in Auschwitz.

It seems to connect every child who is interested in this story with all the children who perished in the tragedy of the Holocaust. Several design meetings with director Allen MacInnis clarified the direction of the design. I designed two towers on the left and right side of the stage to create a proscenium frame that complemented the existing architecture of the theatre with its brick walls and rough industrial detailing.

The brown brick and austere quality of the two towers and of the theatre walls represent the military complex of the houses in Theresienstadt. The design for the centre stage, however, brings the lightness and magic of childhood memories and of the youthful energy of Japanese children. The whiteness of the centre stage is connected to a modernity of Japanese interiors, and later to the winter landscapes that we see in the second act. The second level of a simple bridge creates an additional place for some of the characters to appear and disappear.

White lines in the upper part of the stage represent the barbed wires of the ghettos and concentration camps with water and tear drops attached to the lines. Costumes are carefully designed to follow many references in existing photographs of the Brady family and other characters. We designed them to wear masks that emphasize both the dramatic impact of the moment and the universal character of those figures.

It is important for me as a designer that the environment I create on stage helps to tell the story that we are set up to tell, and that actors and their connection with the audience is ultimately the most important part of the production. It is March, Spurred on by Maiko and Akira, children at the Centre, Fumiko Ishioka, curator and teacher, begins to search for more information about the life of Hana Brady. Fumiko brings the painful story of Hana to Maiko and Akira.

The second act tells the story of Hana and her family. Hana and George are protected by a Christian uncle, but are eventually taken to the concentration camp of Theresienstadt. Hana is separated from George and the two children have radically different fates at the hands of the Nazis. Buchta : The Czech word for donut. Ghetto : An area where people are crowded in conditions of poverty.

Verboten : The German word for forbidden. Waisenkind : The German word for orphan. Zyklon B : The gas used to kill Jews at Auschwitz. In the period leading up to , Czechoslovakia was an independent democracy. The Munich Pact in September changed that. Hitler began to threaten a European war if the Sudetenland, which was a region of Czechoslovakia, was not ceded to Germany. This border region adjacent to Germany had a high population of ethnic German individuals.

bbmpay.veritrans.co.id/sitios-para-conocer-gente-de-mendaro.php It was annexed to Germany as a result of the Munich Pact. Refugees began pouring into Czechoslovakia from the Sudetenland. On March 15, , German troops marched in and declared the central region of Czechoslovakia the Protectorate of Bohemia and Moravia. The eastern region, Slovakia, became an independent territory cooperative with the German state. The Nazis immediately began to impose restrictions on Jews, and the Nuremberg Laws were implemented here on June 21, At this time, 90, Jews lived in Bohemia and Moravia.

By the end of the war, 88, had been deported, most of them to Theresienstadt.

Most perished in Auschwitz-Birkenau. The persecution of Jews was a central keystone of Nazi ideology. Starting in , the Nazis began implementing laws specifically targeted to restrict the civil rights of Jewish individuals. The laws removed most political rights from German Jews, and prohibited them from marrying Reich German citizens. Under the NurembergLaws, a Jew was defined as an individual who had Jewish grandparents.

A person with only one Jewish grandparent could be branded as a target. There was an elaborate classification system identifying the percentage of Jewish blood for individuals of mixed parentage. They did not have to define themselves as Jews or be active in the Jewish faith. In November , the Nazis created a Jewish ghetto out of an isolated 18th century fortress town near Prague. Theresienstadt also known by its Czech name, Terezin was different from the other ghettos.

At Theresienstadt, the Nazis tolerated a cultural life for Jews. There were orchestras, concerts, theatre, lectures, a library; even religious life was not officially banned.

Many well-known people were sent to Theresienstadt, people whose fates might be followed by the outside world. The Nazis were aware that news of the extermination and labour camps was beginning to leak to the outside world. They set up art studios and had prisoners design posters that showed images of the ghetto as a productive Jewish community.

Read more…. He miraculously survived Auschwitz and the Death Marches and emigrated to Canada in He now lives in Toronto where he ran a successful plumbing business. He has four children, three sons and a daughter, Lara Hana. 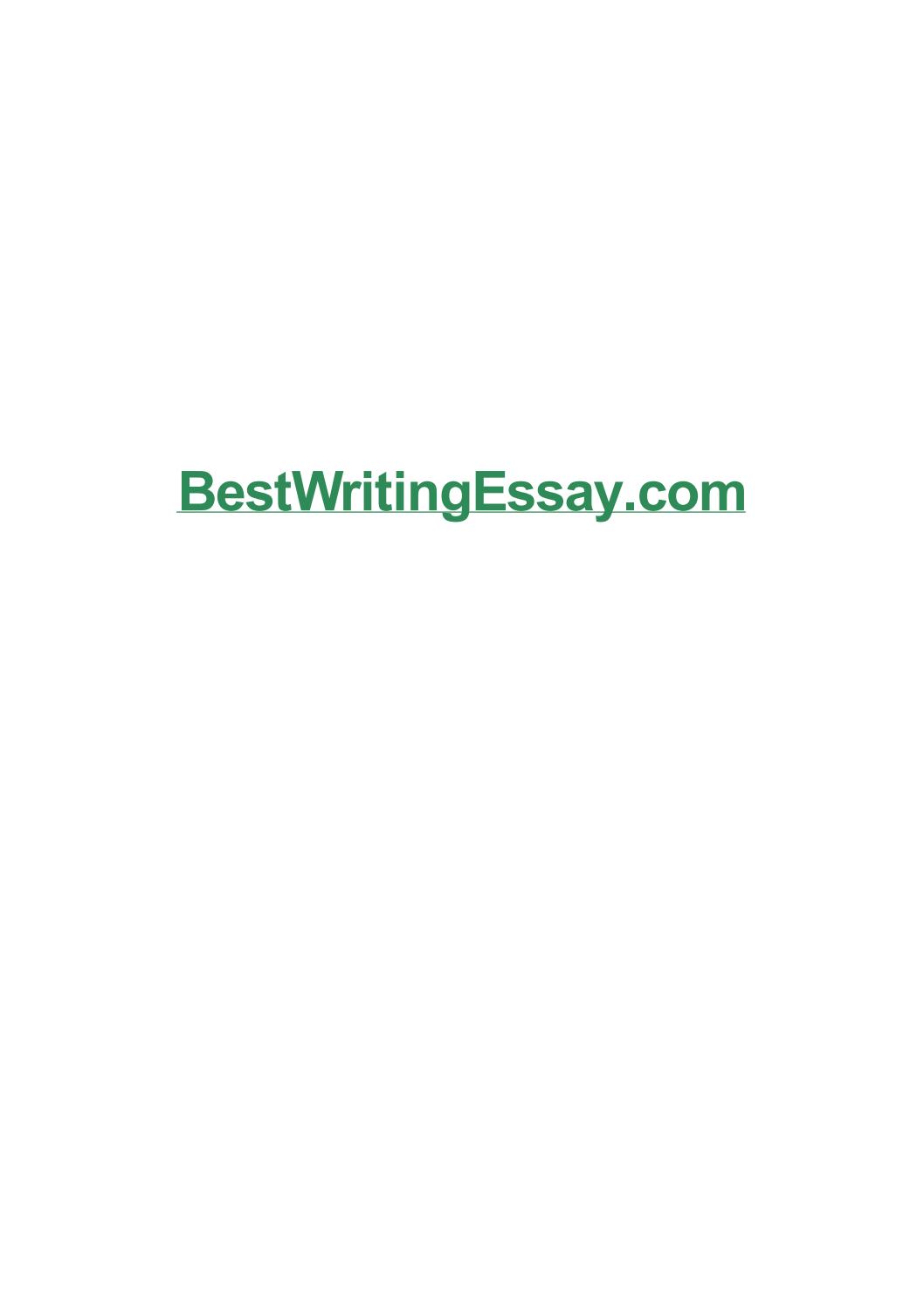 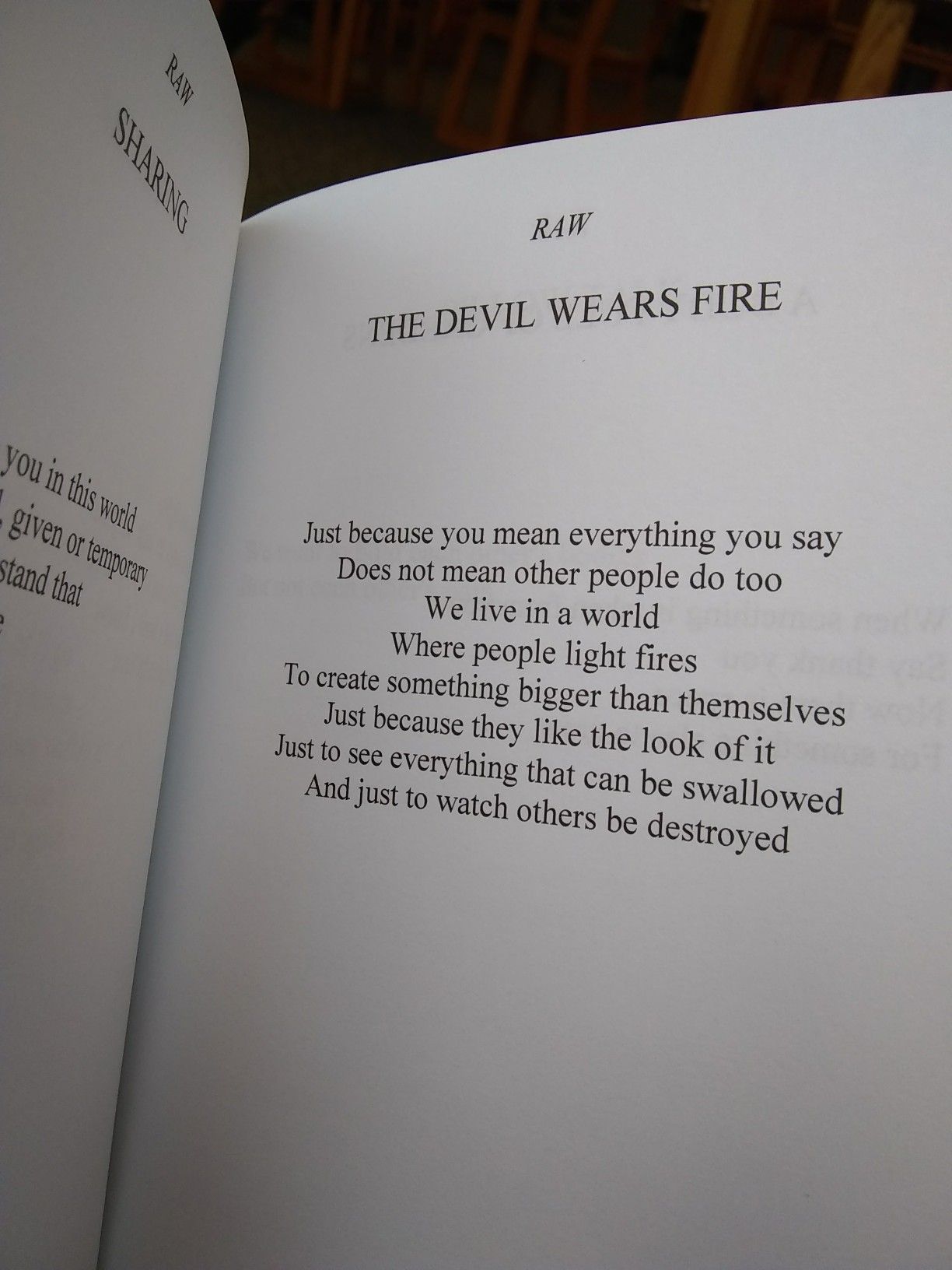 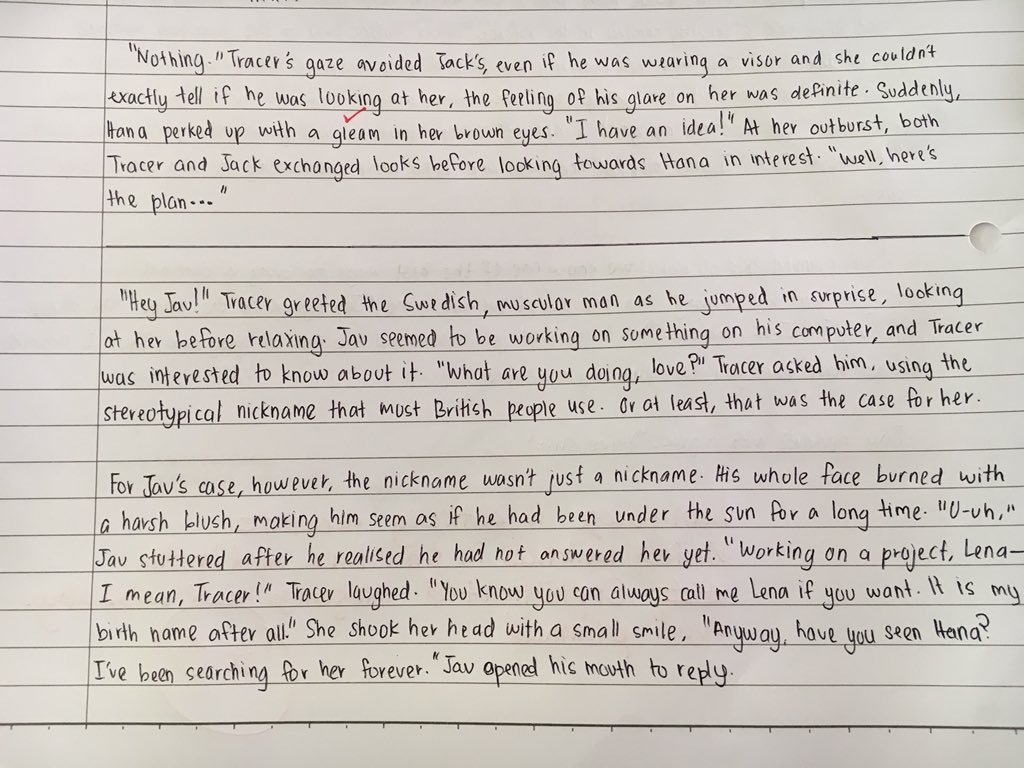 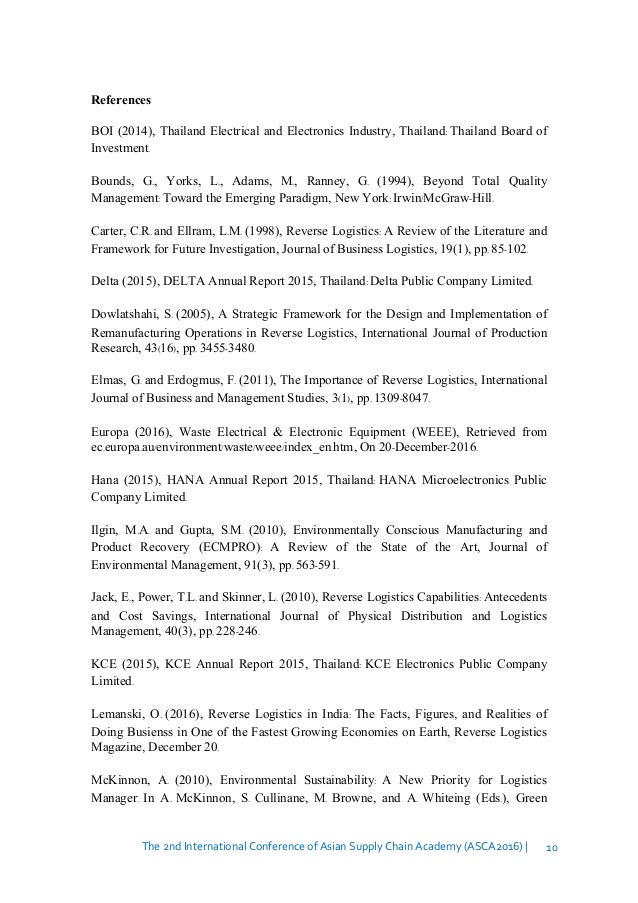 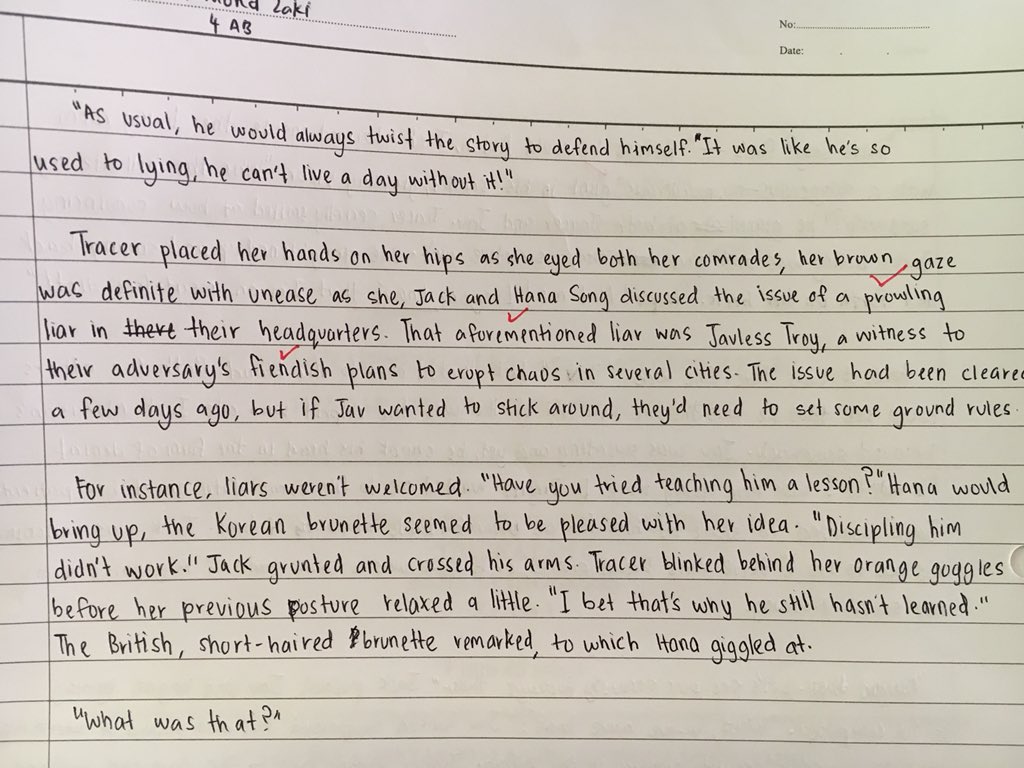